I can't say THANK YOU enough for all of the words of encouragement on my last WIP Wednesday post regarding my Storm at Sea debacle. 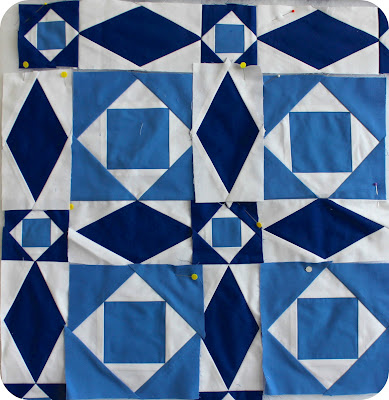 I do still want a huge queen-sized version of this quilt. While the blocks I have aren't destined for the trash, they won't become that quilt either. When I do make the giant Storm at Sea, I'll get new fabric and start from scratch. I don't know exactly what I'll use the flawed blocks for yet, but thanks to all of you I have some really great ideas! Thank you :-) 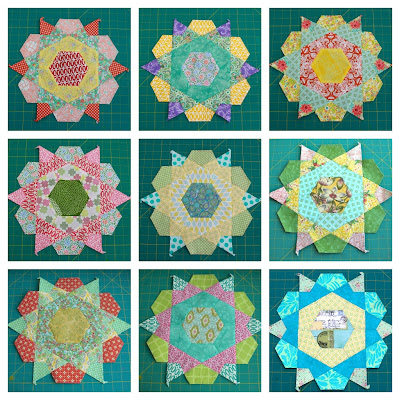 These are coming along quite nicely thanks to a few hours of design work I put in to plan some new blocks. I've found that it takes me about an hour to design and cut the pieces for one block. I still haven't timed myself to see how long it takes to baste them on the paper and whipstitch the star together, but I'm curious. Here's the tutorial if you need some take-along sewing for your summer travels: Clare's tutorial at selfsewn. 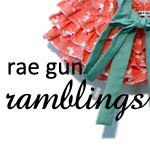